NCAA March Madness is all about the college kids who try hard right? WRONG! Use the NBA as your guide to office-pool glory.

March Madness is the time of year when the whole country is unified in their interest of two things I hold dear to my heart: Basketball and Gambling. Basketball is a sport that comes across as almost a very large niche interest, even if it’s one of the three most popular sports in the world and the NBA’s players are the most marketable out of all of the professional sports, there still is this kind of indie feel to the fans of basketball. That all changes during March Madness however, the entire country gets into basketball in a way that is only rivaled by the Super Bowl.

Billionaire Warren Buffet made headlines when he said he would give someone 1 Billion dollars to fill out the perfect bracket. Today I’m not going to give you the secrets to the perfect bracket, but I’m going to help you figure out what trap games exist, what tips I lookout for to help you win your office pool and have bragging rights for a year.

Using the NBA as your guide:

One reason I’ve developed a strategy for picking the NCAA Tournament using an NBA lens is that, Basketball is often a sport that simply boils down to: who has the better players. Coaching, teamwork, experience is all great but when is the last team you’ve been on a team with less talent and they’ve been able to pull of a win? 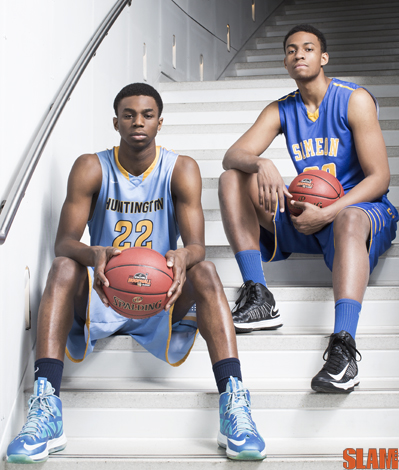 A big temptation is to pick the teams that have a lot of seniority, which is a succesful strategy in picking teams who could make some big time upsets in the first round, but in the past twenty years every champion has had at least one first-round pick and in most cases multiple first-round picks. Even when considering a team like Wichita St, and their chances of winning a championship—their comp is probably the Butler teams that made NCAA runs in 2010 and 2011. In 2011 they were anchored by current NBA player Shelvin Mack, and in 2010 they were anchored by Mack and 2010 Lottery Pick, Gordon Hayward…and still lost (albeit, they nearly won in one of the best title games of recent years).

So what does this mean for you and how can you prepare your bracket?

Florida: The No.1 overall seed has had a very impressive season, but I’m personally very concerned about their chances of winning the title. They likely don’t have a single first round pick on their roster, and really only Patrick Young and Chris Walker even have a shot at playing in the pros. Flordia should have a nice run, but could see a much quicker ending than you might think. A potential Sweet 16 match-up with UCLA has me worried.

Virginia: Much like Florida/UCLA, a Sweet 16 match-up with 4 seed Michigan State would have me concerned. Shooting Guard Gary Harris will be a top 10 pick in the NBA Draft and Michigan isn’t short on senior power or coaching either.

Wichita St:  Out of the three of the top seeded teams that I’m worried about, WSU is the one I’m least concreted with. A) It’s possible their talent is being underrated due to their small-school repuation and 2) they have a guy in Cleanthony Early, that is already starting to make waves as a possible first-round pick.

UCLA: As mentioned above, I am picking UCLA to beat Florida in the Sweet 16 and part of the reason for it is I expect UCLA to have the three best players on the court when they meet. Kyle Anderson and Zach LaVine will be potentially Lottery picks in the 2014 NBA Draft, while Jordan Adams absolutely should be (but inexplicably isn’t right now). Basketball is a tough sport to win if you don’t have the best talent on the floor.

Michigan State: Gary Harris is really good. He’s a two-way wing who has improved his scoring ability, ball handling and defense this year and is looking at a likely top-8 pick in June’s NBA Draft. The big issue with most Big 10 teams, and a big reason why as a conference they haven’t won since 1999, is Big 10 schools pride themselves on team oriented basketball and don’t go after the big time recruits like Duke and Kentucky do. That works well when it comes to regular season success, but it doesn’t translate to NCAA Tournament success. Harris might just give Michigan St. the edge they need though.

Creighton: Doug McDermott is legitimately good for the NCAA. He will probably end up being a role player in the NBA, but he is a god in college.

Arizona and Kansas: Both teams have multiple high-end NBA prospects on their teams, to name a few: Andrew Wggins Joel Embiid and Aaron Gordon. Arizona has a potential to have 6 players be first round picks between this year and next year on their roster, while Kansas might have the 1st and 2nd pick in the 2014 NBA Draft. It’s just a massive advantage over almost every other team. 5 Players Who Could Really Benefit from a good March:

While you might not think this would matter when filling out your bracket, it actually strongly impacts it. Who are the guys on key teams that know they are 6 games away from making 5 more million dollars.

5) Rodney Hood: Hood is an incredibly talented offensive player who has been making some epic waves over the past few weeks. Big time scoring performances are what make NCAA Legends and Hood absolutely has that abilty.

4) Everyone on Kentucky: Kentucky came in with a heavily-hyped recruiting class only to see it fall flat on its face in the regular season. Head Coach John Calipari has a knack for getting his teams to gel just in time for the tournament, but this particular team looks more fundamentally flawed than his previous ones. There is no outside shooting and no leadership, two things that are vital for NCAA Tournament success. Kentucky is a pretty obvious stay away in my opinion.

3) Jordan Adams, UCLA: Adams is a guy I’m very high on as a draft prospect, but for some reason he hasn’t hit the mainstream yet. He is considered a 2nd round pick, but there are very few and far between prospects who have ever averaged 23 points per 40 minutes and not been top 15 picks. Adams could use the Tournament as a launching pad to get his name out there in the mainstream of the NBA Draft.

2) Andrew Wiggins,Kansas: Wiggins is in little jeopardy of falling out of the top 4/5, however concerns still exist about his game. Wiggins has the potential to be the slam dunk, no.1 pick in the 2014 Draft and a Kansas-Title run with Wiggins at the helm could make all of the difference in determining the first pick in the draft.

1) Marcus Smart, Oklahoma State: Marcus Smart is on a massive pendulum in regards to draft position.  He could go as high as 3 or 4, but the possibility for him to fall to 10 also exists. A strong March could make him some serious money,